Amazon and Google are facing intense regulatory scrutiny across Europe as authorities crackdown on the power of the US tech giants. 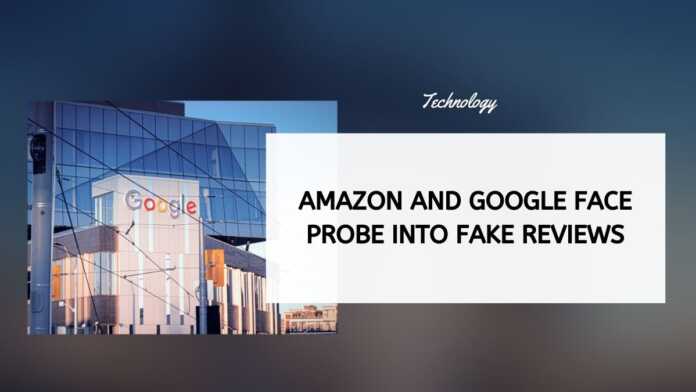 Amazon.com Inc. and Google are facing formal probes into possible violations of U.K. consumer protection rules over a failure to shield their users from an onslaught of fake reviews.

“Our worry is that millions of online shoppers could be misled by reading fake reviews and then spending their money based on those recommendations,” Andrea Coscelli, chief executive officer of the CMA, said in a statement.

“It’s simply not fair if some businesses can fake five-star reviews to give their products or services the most prominence, while law-abiding businesses lose out.”

Amazon and Google are facing intense regulatory scrutiny across Europe as authorities crackdown on the power of the U.S. tech giants.

Two months ago, Facebook Inc. removed 16,000 posts dealing in fake or misleading reviews after the U.K. antitrust regulator moved to clamp down on the false reports.

Amazon has said it blocked around 200 million suspected fake reviews last year before they were seen by customers. It said “bad actors” via social media platforms were to blame for some of them.

“It’s important that these tech platforms take responsibility and we stand ready to take action if we find that they are not doing enough,” Coscelli said.

Amazon devotes “significant resources to preventing fake or incentivized reviews from appearing in our store,” the company said in an emailed response to the CMA’s announcement. Amazon said it will continue to assist the CMA, and “we note its confirmation that no findings have been made against our business.”

Alphabet Inc.’s Google said its “strict policies clearly state reviews must be based on real experiences.”

“When we find policy violations, we take action – from removing abusive content to disabling user accounts,” Google said in an emailed statement. “We look forward to continuing our work with the CMA to share more on how our industry-leading technology and review teams work to help users find relevant and useful information on Google.”