Amazon Alexa Can Now ‘Play Something’ on Netflix

Fire TV users in the US and Canada will now be able to access Netflix's “Play Something” feature by using voice commands. 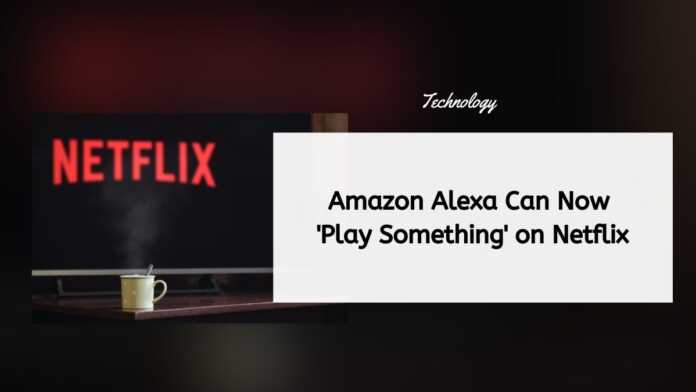 Netflix launched a new “Play Something” feature, earlier this year, which adds a button across the streaming service’s UI to automatically suggest new series and movies as per the user’s taste. It first called the feature Shuffle and eventually landed on Play Something.

As per The Verge, Netflix has now linked its automatic selector to Amazon’s voice-controlled AI and streaming hardware. Now Amazon Fire TV users will be able to access the feature on Netflix by using voice commands.

As per the official blog by Amazon, if you’re in the US or Canada, just say “Alexa, Play Something,” and if you have an Echo speaker or app listening in, plus a Fire TV device with Netflix activated, then it’ll work.

In a post mentioning the feature, Netflix director of marketing partnerships Magno Herran said, “We are excited to partner with Fire TV to bring the Alexa voice technology to the Netflix Play Something feature. Now you can instantly discover a show or film we know you’ll love based on what you’ve watched before.”

The feature could help to skip debating or scrolling through rows of titles at the start of each movie night.

Even though many other devices and services include voice control, like Google Assistant, Roku, or Comcast, it appears that only Amazon has the Play Something command linked at the moment despite battling Netflix with its Prime Video product.

The promotional materials mention it’s “available first on Fire TV,” so it is expected to be on other platforms eventually.