Google’s parent company Alphabet has joined the elitist club of US companies with $1 trillion valuation which includes Apple, Microsoft and Amazon. 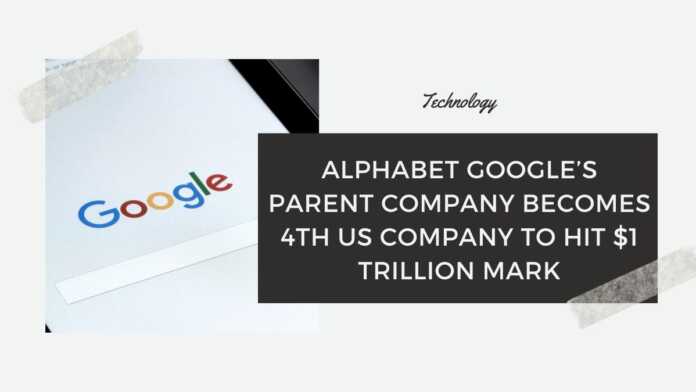 Sundar Pichai-led Alphabet, Google’s parent company, has joined the elitist club of US companies with $1 trillion valuation. The stock of the company closed at $1,451.70 on Thursday, taking the value to $1 trillion.

The iPhone maker was the first US company to hit the $1 trillion threshold in 2018.

According to CNBC, analysts are bullish on the company’s newly appointed CEO Pichai.

Page and Brin will continue their involvement as co-founders, shareholders, and members of the Alphabet’s Board of Directors.

Pichai joined Google in 2004 and helped lead the development of Google Toolbar and then Google Chrome, which grew to become the world’s most popular Internet browser.

Under his leadership as CEO, Google has been focused on developing products and services, powered by the latest advances in AI, that offer help in moments big and small.

The company announced that Pichai will receive $240 million in stock awards over the next three years if he hits all of his performance targets, as well as a $2 million annual salary beginning in 2020.

Alphabet said in a Securities Exchange Commission filing that Pichai will also start receiving a substantial raise from January 1 to $2 million a year.

The compensation package is being given in recognition of Pichai’s “expanded role as CEO of Alphabet and Google”.