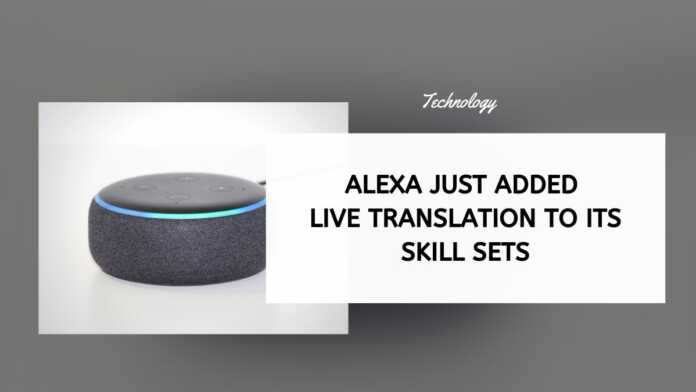 Amazon’s Alexa has added the ability to do live translations now and can translate between English, Spanish, German, French, Italian, Hindi, and Brazilian Portuguese for now, as announced by Amazon.

This update adds to Alexa’s expanded multilingual skills that were added to the virtual assistant in November this year to make Alexa a “more capable non-English speaker and translator”.

The Live Translation feature on Alexa can be triggered with a voice command like – “Alexa, translate Spanish”.

Following this, Alexa will play a beep to indicate that you can start speaking with someone else and translate your questions live. The live transcript is also going to be visible on the screen for Amazon’s Echo Show devices.

Amazon is looking at this feature as something that is going to be useful while speaking to friends and family who live abroad and are visiting and also in a hotel setting through the Alexa for Hospitality platform.

To support this new skill better, Amazon said that it has modified Alexa to handle natural pauses in conversations better by changing Alexa’s tolerance for end-of-sentence breaks, explains The Verge.