Unions said up to 8,000 workers were expected to join the action scheduled to last 1.5 hours in Toulouse, France. 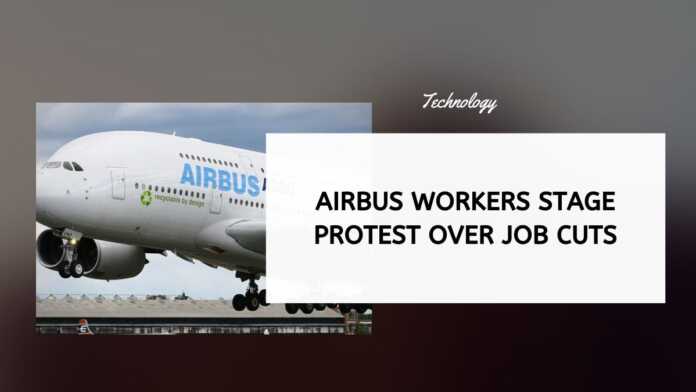 Airbus workers began a brief strike on Wednesday over plans to cut up to 15,000 jobs in response to the coronavirus crisis, which has stripped demand for jets as airlines cope with a plunge in tourism and business travel.

Unions said up to 8,000 workers were expected to join the action scheduled to last 1.5 hours in Toulouse, France, where employees were preparing to march alongside one of the runways at Toulouse-Blagnac airport overlooked by Airbus headquarters. The airport was due to remain open.

“Airbus has a real responsibility to get to grips with its restructuring which is excessive and gives a terrible example to suppliers,” said Jean-Francois Knepper, who represents the Force Ouvriere union.

In Germany, the IG Metall union urged Airbus to avoid forced redundancies at the planemaker or its Premium AEROTEC unit.

Unions have called a wider day of action in French plants on Thursday.

Asked to comment on the protests, Airbus referred back to a statement last week by CEO Guillaume Faury that it was facing the “gravest crisis this industry has ever experienced” and was committed to limiting the social impact of its reorganisation.

Airbus has said a third of the 15,000 jobs are set to go in France included 3,378 in the southwestern city of Toulouse where it assembles wide-body jets and some smaller A320s.

Europe’s largest aerospace group has historically enjoyed stable labour relations with its unions and strikes are rare. Workers staged a similar protest during a smaller restructuring exercise in 2008, when Airbus avoided compulsory layoffs.

Facing the industry’s worst crisis over the impact of worldwide lockdowns, Airbus has refused to rule out forced redundancies this time round but sketched out concessions in return for extensions in furlough schemes and research aid.