From melting face to heart hands, here are the 112 new emoji that will be coming to all of your devices in 2022 as part of the latest Emoji 14.0 announcement. 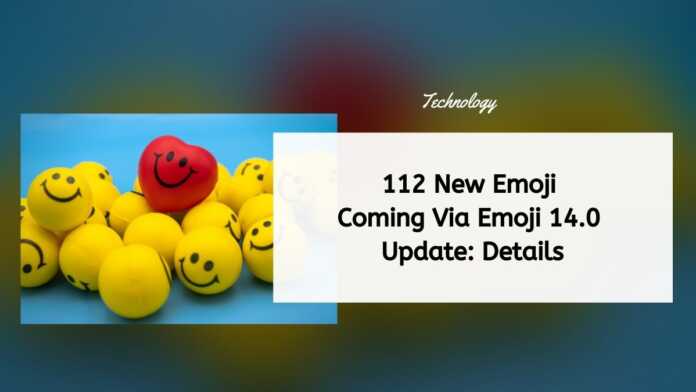 Emoji 14.0 Update: Over the past decade, emoji have gained an increasing amount of significance in our daily conversations. These Emoji save you from typing a message and instead, all you have to do is pick a suitable one to send to family and friends. As of September 2021, users will have a total of 3,633 officially recognized emojis which include skin tone and gender variations.

Every year, users are treated to new emoji that are designed keeping in mind various trends and new designs, after which a few are narrowed down and finally selected to be part of the next Unicode update. This means that once these choices are finalized, manufacturers begin to include them in their next version, allowing users to see and share them on their devices.

Now, the Unicode Consortium has officially announced all of the new emoji coming as part of Unicode 14.0 which will be available to users next year.

Among the 838 new characters in #Unicode14 are 37 new #emoji, along with new emoji sequences, that are expected to show up on ?s, ?s, and other platforms sometime next year → https://t.co/deSr1g6m8k #絵文字 pic.twitter.com/xuTf8Os02K

In addition to the new emoji listed above, users will also have access to 75 new skin tone variations as part of the emoji update, which means users will be able to access a total of 112 new emoji in total.

These new emoji should be arriving on devices as part of software updates over the next year, on smartphones, PCs, and other internet-connected devices, as long as they are still receiving software updates from the manufacturer.

Apps like WhatsApp can always add support for new emoji internally, in the meanwhile, so there is a chance that users might see the new emoji there before they see it on the rest of their devices.